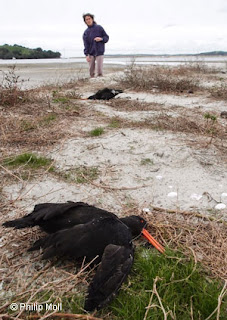 With access to our planned site difficult on this day we headed first to the Whangateau harbour looking for potential nesting sites for endangered birds. It was low tide and so we were able to explore the estuary and check out the small sand Islands.

Unfortunately we found these two Variable Oystercatchers just recently snagged by discarded nylon fishing line on another Island that is favoured by Caspian Terns.  They became snagged, one by its feet and the other by its wings and then were unable to escape. You can see by the length of this line that the two birds had little chance to avoid being caught.This  had happened quite recently by the state of the birds. 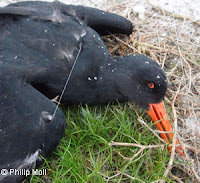 After removing the line it was time to head further North to check out some trapping sites that protect other coastal nesting sites. Two rats a mouse and a hedgehog were caught. By now the day had deteriorated and we were wet and cold. The North Easter had cooled things down so it was time to head for home, tea and hot soup to warm up. An enjoyable day just being outside in these wonderful landscapes.
Posted by Philip at 9:05 PM

Nature Space Launch at the Cloud

This was a great gathering of people last evening held at the Cloud on the waterfront at Auckland. Those present were all involved in conservation and there to  attend the launch of the Nature Space website. This is a collaboration between Auckland Council and the Department of Conservation.

The site is a one stop shop for conservation projects throughout New Zealand. There were guest speakers of people engaged in inspiring projects to restore areas of forest and wetlands to their pristine native states.

It was great to meet up with friends from different projects and I thank the group from North for my birthday present that led to the bow-tie incident which caused tears of laughter amongst us.

My thanks to Sally too for the invite to join her next visit to Little Barrier, I will try and forget the comments about the sickness on the boat during the last visit. A great evening and one to remember for a very long time.
Posted by Philip at 6:34 PM 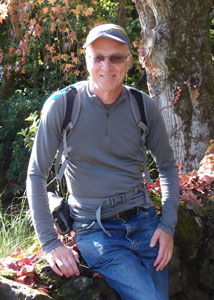 So just like when I was a child I decided to spend a chunk of the day at a  zoo. And Auckland zoo is a great place to be. The highlight for me was touching a kereru, it pecked me back. We are now friends for life. It was a fun time and good to be in the sunshine in the Autumn with so many beautiful trees surrounding the enclosures. Its a botanical delight.
Posted by Philip at 9:05 PM 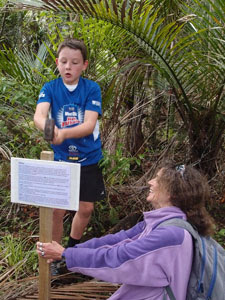 It was a fun afternoon with Fiona, Josh and  Eliane carrying up the new informative stoat signs that Eliane had made to be positioned on a trap line on the mountain. These were hammered into the ground mainly by Josh who's is eight and had just come from a rugby game in the morning. Well done Josh.

The eight signs were positioned individually  near  each trap to help explain to walkers what their purpose is. Three dead rats were found in the egg baited traps on our climb up the mountain. We met Richard and his wife complete with fresh free range eggs as they came down resetting the traps and  baiting with fresh eggs. There is an amazing commitment to seriously reducing the pest population in this forest of beautiful native bush so allowing the native species of lizards, frogs and birds to thrive.

Later Eliane showed me all her Excel stats for the trapping lines , it was very impressive. So too was the beautiful bush including some striking Nikau palms. We rather disturbed the bird life with our hammering but saw many kereru and also  heard then later saw, a kaka fly by.
Posted by Philip at 5:44 PM
Newer Posts Older Posts Home
Subscribe to: Posts (Atom)