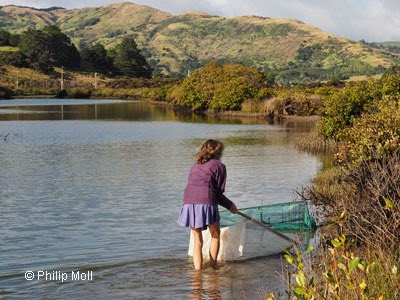 I just love a project and when a friend mentioned a fish survey that she was working on I was pleased to be there to help with carrying the gear.

This seemed a great idea to actually see what food resources were available in the river for feeding birds especially the terns.

It was wet work  not just from being in the river and crossing the river but from the occasional showers driven by a cooling Westerly moving to Southerly breeze. It was also a lot of fun as usual.

I was interested to photograph what was caught as an aid to identification..

The sea-horse like creature caught on one of the sweeps was just fascinating and we are still trying to get an accurate ID of that. 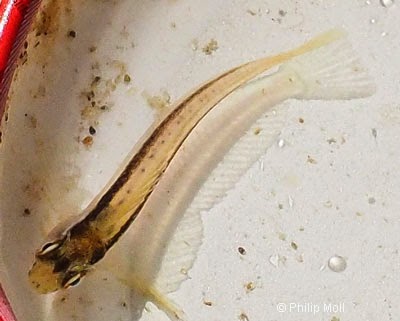 Thanks to Tom Trinski at Auckland Museum we have the following 'pipefish is in the genus Stigmatopora and is likely S. nigra'

I'm now making a fish measuring dish to help with accurate measuring and as an aid to photography with a scale included.