As part of my interest to share the godwits of Shoal bay and Ngataringa estuaries and to promote the Miranda shorebird centre 'Flock' project, I was kindly invited into Vauxhall school by teacher Sarah earlier this week to talk to 56 Year 3 students. This was really enjoyable and the students were very well informed about these amazing birds. We had originally hoped to take the students to see the birds but this was proving to be difficult to plan and the added risk of disturbance too.

﻿
So I visited their brightly decorated classroom. After showing a slide show of the birds I have been watching in the estuary I introduced the students to some Shoal bay mud tipped in large trays. This was a tactile experience as the children looked for any signs of what the godwits might find with their long beaks at low tide. As you can imagine I left the classroom in a rather messy state.

Herons Too
Today I have met with Kathryn who I met way back in April at the dotterel Forum. Kathryn is involved in the Manukau census so I was pleased that she could join me today for a  tour around Shoal. Fortunately there were just under 200 godwits to count and Kathryn had brought her scope so that was good to have a second opinion on numbers. The birds were not too settled so a second person counting was a great help. I also showed Kathryn the white-faced herons nest that I have been watching for a few weeks. Its high in in a very tall pine tree. 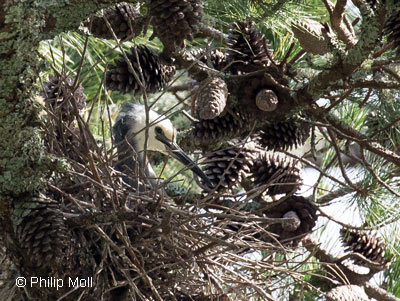 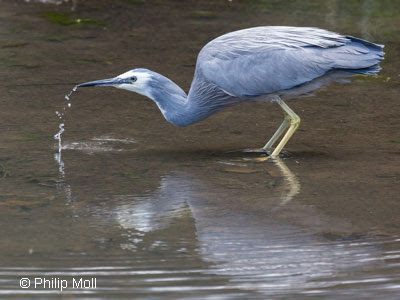