They say timing is everything. Well I have just arrived back in Perth, WA on Sunday  and have been invited to the Pelican Point Springtime  dinner at the Allegro Pizza following an evening counting birds at Pelican Point Reserve- Perfect Timing.

Tuesday 25th.
Fremantle in the morning. 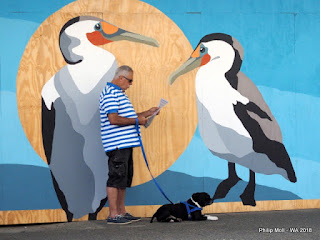 Then to Pelican point Nature Reserve on the Swan River to meet up for the weekly bird count. 26 species in all including a yellow spoonbill, Little egret and crake. Finishing the evening off with an enjoyable meal at the Allegro pizza restaurant on the Stirling Highway. Its good to meet up again with Murray, Kath, Charles, John, Barbara, Jean, Jim and Sue. 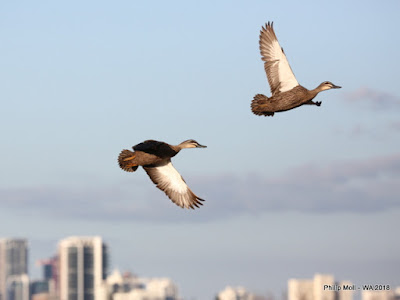 Wednesday 26th
Wireless Hill to check out the state of the wildflowers and search for orchids and soon rewarded with several species. 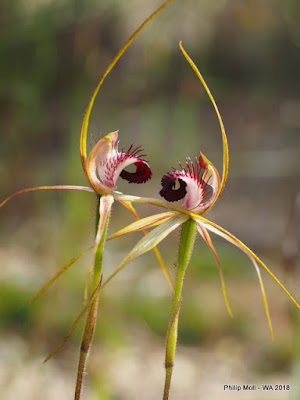 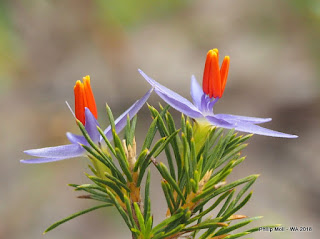 Point Walter in the afternoon to search for Fairy Tern. I'm rather too early in the season but it appears that Council staff have been out to the spit to put up the taped fence and signage across the nesting area.
I find a pair of Pied Oystercatchers below the cliffs behaving as if on nesting territory. Little balck shags flying around.

Point Walter in the afternoon. 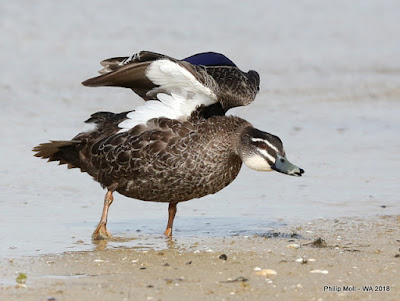 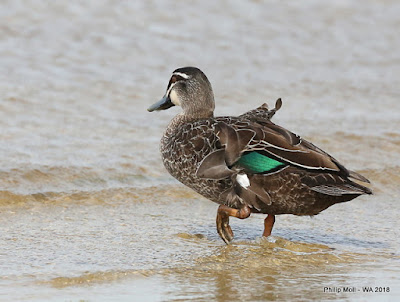 Rous Head - Nankeen Night Heron watching fishermen from the rocks of the causeway. 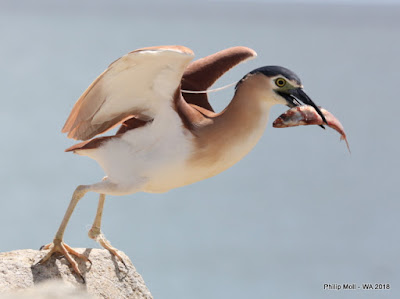 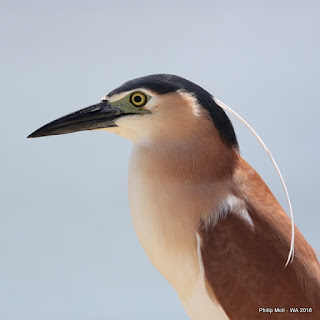 Kojonup -stopping at Williams on the way down and there by the river  male and female splendid Fairy wrens and a yellow rumped thornbill.   In the afternoon a quick visit to the Myrtle Benn Reserve to find spider orchids and wispy spider orchids as well as cowslip orchids. photos to follow.........

Saturday 6th October.
Farrar dam reserve to search for dragon and mantis orchids near the railway dam. I found mantis orchids and on our way to the dam at the fork of the rack a wide verity of including purple enamel, pink enamel, Cowslip, spider, and plenty of wild flowers . photos to follow...........

I walked along the dam wall and spotted four red fronted birds couldn't get a photo as they were too fast. Probably red breasted chats.

Back to the Myrtle Ben Reserve in the afternoon for a closer look at the trees and orchids of this habitat. photos to follow.................

Sunday 7th
Left Kojonup and headed North but turned West to travel through Collie to Bunbury and then the coastal road to Mandurah to check out the Fairy Tern sanctuary site. Hoping to catch-up with Claire the researcher on another day to hear how things are going with the sanctuary monitoring project. Claire has been playing FT recordings and deploying the decoys early in the morning to attract the birds to inhabit this potential nesting site as the birds historic site nearby is now a building site.

Tuesday 9th October
Rous Head
Interesting watching an Australian Darter struggle with a giant fish which it eventually managed to swallow but only after leaving the water and bashing the fish on the rocks before flipping it around and swallowing it whole. 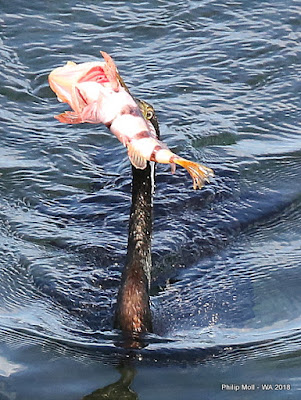 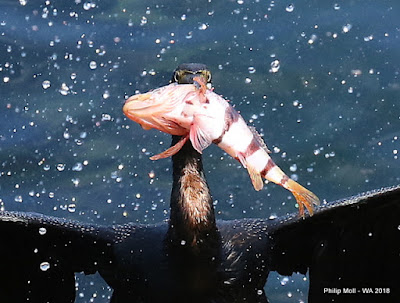 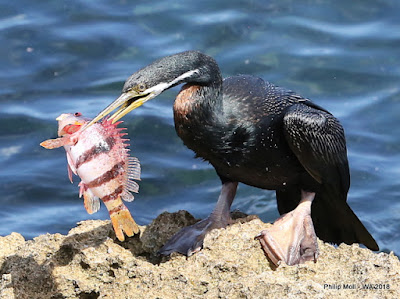 Then late afternoon headed to the Pelican  reserve to meet up with the monitoring team. An impending storm with huge black clouds meant that we moved around the Reserve quickly with less than the normal number  of species recorded due partly to the difficult light level.  An estimated large group of Little black shags were on the beach.

Wednesday 10th October
An early 5am start to drive to Mandurah to meet up with Claire and her team to see her decoy and vocalisation project study between  6.15am and 8.15am at the new (2017) Fairy tern colony nesting site.
The moment I arrived and stepped out of the car I could hear Fairy Tern and see them flying above the site. Occasionally  a  group of up to 10 would settle on the open area away from the decoys that had been deliberately placed at not the potentially premium  nesting area of the site. The birds seemed keen to show and defend this territory from a Raven that decided to settle on the ground nearby but was soon removed after enduring swooping action by the FT

Thursday 11th October.
an excellent visit to Penguin Island one of the Shoal Island group. So many Bridle terns with crested terns on the beach. Little (blue) penguins hiding in rock tunnels and lizards venturing out from their hiding places to bask in the sun. Weather ideal a good temperature for walking around the island with a steady breeze. Few people as mid-week and this added to making it a great day. 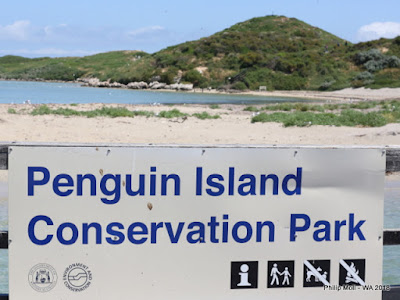 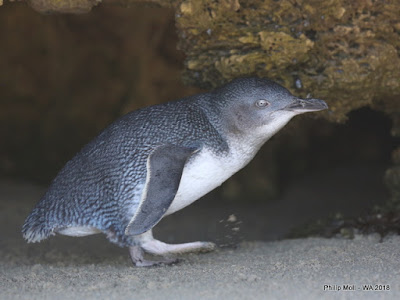 Friday  12th October.
Point Walter at 11.45am and immediately heard Fairy Tern very high above and very vocal. Walking towards the sanctuary at the far end I watched several FT hovering then diving for fish. The tide was across the sandspit and a number of birds were roosting at the far end including at least 15 Fairy tern along the water edge with a similar number of crested terns and four red-capped plover (two pairs) and two shags. Other fairy tern flew by me so I would estimate that maybe 20 birds were around.

Follow Up.
Claire has passed on that today Friday 12th October  at the Mandurah site the birds only settled for a very short time as no sound  was used today as part of the study to entice the birds  in compared with the other day when the sound recording was played and the birds were attracted and  spent 75mins on the ground.
Claire also shared some excellent photos that showed nests with eggs, and some images of chicks and juveniles too. The shell around the nests was perfect camouflage for the chicks.


Saturday 13th October
Fremantle in the morning then to Manning lake in the afternoon. Manning lake is one of the lakes in
the Beeliar regional park which is one of a series  of numerous wet-lands set aside by the DPaW (Parks & Wildlife).
Its a small lake entirely surrounded by paperbark trees. As I approached the lake I heard and saw a large number of white Little Corella roosting noisily in a paperbark tree. Then walked around the lake and spotted ibis, ducks, Galah and a few birds I have yet to identify.