Once in a New moon

A camping weekend at Tawharanui conveniently coincided with the new supermoon due to the  perigee-syzygy of the Earth-Moon-Sun system. This was close enough for a good viewing as it rose into the night sky. 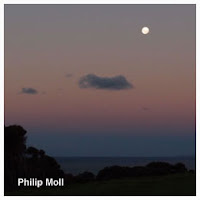 Then we headed into the bush with head torches in search of kiwi and other nocturnal species. We were lucky and saw one Brown kiwi scurrying across a track in the light of my torch. A morepork with silent flight passed in front of me. I later heard its hunting calls.

Native fish and an eel were watched below a bridge again in the light of the head torches.Other birds seen during daylight hours included kaka, kakariki, bellbird, Caspian tern and NZ dotterel. 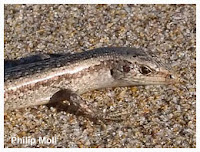 It was also fortunate that Tansy found a Shore skink on the sands of Tawharanui beach. Unfortunately  it  had been attacked, possibly by a gull and had part of its tail missing.
Posted by Philip at 5:17 PM 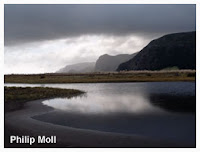 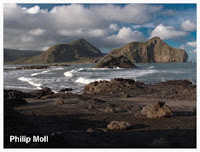 A recent camp with my friend Tansy Bliss  at the fairly primitive Whatipu campsite revealed some of the magic of the West Waitakere coastline. The dramatic seascapes and huge sands  reminded me that we are pretty insignificant when nature forces are at play.
NZ dotterels and banded dotterels were seen by one of the ponds behind the sand dunes and a lone wrybill was also spotted too. The real delight though was when we heard what we think may have been Grey-faced petrels flying into the bush clad cliff face above our tents after darkness.

The Omanawanui walk with dramatic views of the Manukau harbour is well worth the climb returning to the Whatipu lodge  via the beautiful bush walk of the Kaura track.

This was a memorable camp in a magnificent landscape. Thank you Tansy for sharing it with me.