Omaha to Pakiri via Mathesons Bay

A leisurely day visiting a few favourite places and sharing them with a fellow birder and all round naturalist Ed who will be shortly heading back to the UK after a year in NZ. I bumped into Ed a year ago on Rangitoto Island. I wish you Good luck for your next travels in Scotland and hope to meet up again in NZ in the future.. 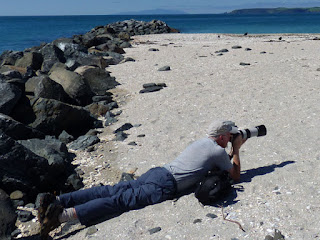 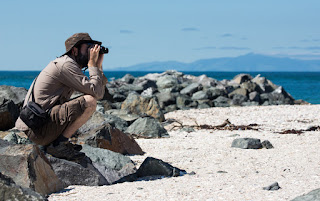 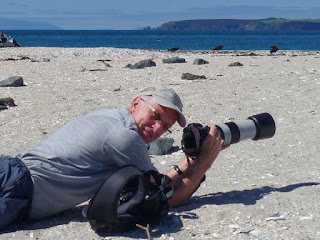 Casnell Island in the rain

Its 6.57 am and I am on my way. Our original plan to head to Big Sand Island on the Kaipara but a check of the weather reports at my 'Monday friend's cottage, on route, showed weather warnings of very high rainfall particularly on that West coast.

Casnell Island became our changed destination and the tide was just right for walking across the causeway with dry feet. Well that wasn't to last as the rain came tipping down and although the island is bush covered my feet were soon soaked.


However the rest of me remained dry and with high spirits and with our usual laughter as we explored the island with my friend telling me all about the various visits she had made over some years to clear weeds such as tree privet which would otherwise take over the place.

On walking deeper into one area we saw a morepork fly in front of us and settle on a branch and were then able to study it and photograph it for some time. A tui nearby seemed to be trying to rattle it but apart from making bobbing movement it didn't seem concerned.

Sad Loss of a friend

So many trees no longer have protection in the Auckland urban environment. The chain saw rules with the Unitary Plan allowing sections to have intensive housing. Developers clear to the boundaries and then pour concrete.
Any tree is now valuable for wildlife. Native or exotic it doesn't matter. So to lose our beloved Black walnut tree through the heavy rains and high winds of the last few days was quite a blow. When I woke this morning and as usual checked the garden for birds and found the walnut tree had quietly fallen. 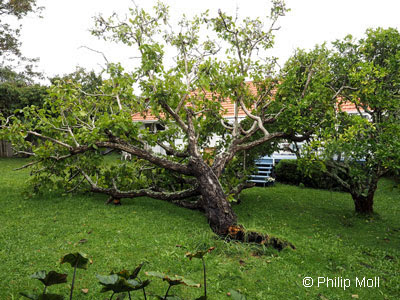 This trees has hosted so many bird species including silvereye, grey warbler kingfisher and the 12 tui that often feed from our sugar solution feeder.  More recently a pair of tame Barbary doves fly in perch on the tree then drink at the pond before heading off to the woodland edge of Shoal bay.

Young fantail regularly had their  first flying lessons from this tree and kingfisher during the Christmas period use it as a perch to dive for earthworms observed on the lawn below probably to build up protein to feed their chicks.................
Posted by Philip at 7:41 PM

Its good to be back on a fine summers day on the edge of the Kaipara. We are ferrying water by kayak for a bird project and checking traps and sound equipment.