Seal Island? Well actually a bird Island today, Just back. And an exciting close
encounter with a young seal. 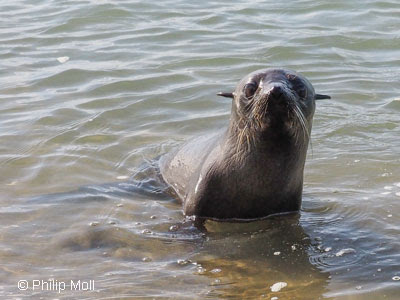 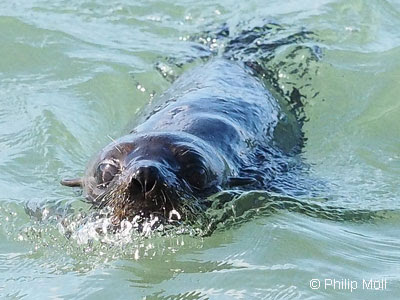 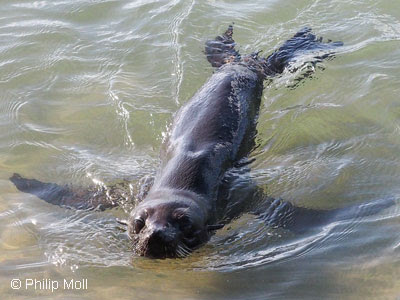 Eliane was in pursuit of some water containers that had been dropped off at the Island earlier  but we couldn't find them.  I was enjoying a walk along the foreshore after kayaking across to the Island with all the gear we needed for todays work.

Then I spotted this young seal and it swam over to me and came very close and seemed very inquisitive to have a closer look at me. Then after a while it had had enough and carried on up the coast. When I looked behind me I spotted the water containers hidden in the undergrowth, the very containers that Eliane was looking for. I think the seal had been saying- "look behind you."

We watched NZ dotterel and lots of banded dotterel as well as godwits and SIPOS at High tide. It was another good day on the Island. As we prepared to launch the kayaks to leave the Island the young seal appeared again swimming on its back with its flippers crossed in front of it . A delightful encounter.

I just had to go along and take a few photos and support Andrea today who has taken over the waterfall series of Bush Walk and Talk (BWT) walks from Margi. Todays walk is in the Witheford Reserve and I have not been there for some time.

Andrea is the Project manger from the Kaipatiki project and is quite an expert on bush restoration. BWT is in good hands. It was good to catch up with the rest of the group too. 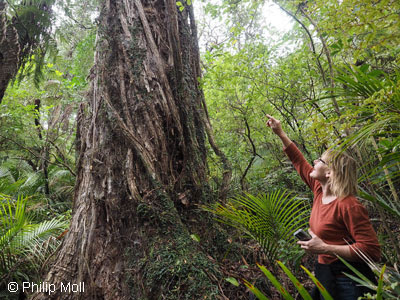 More Photos to follow.
Posted by Philip at 2:57 PM

Well Margi had another farewell today. Her last North Shore bush walk through the Chelsea/Chatswood reserve area. This walk was with the Auckland Botanical Society (Bot Soc).

I had planned to meet up with Eliane for a kayak trip to Bird Island in the Kaipara but we had cancelled due to the forcast, heavy rain and high winds. Our mission to check traps and  count birds. We may go on Monday.

Margi has had farewells with Kaipatiki, BWTwalkers, English language school, Bot Soc and tomorrow the very last one with the North Shore Forest and Bird committee. I am looking forward to that although of course with some sadness too.

Catching up with friends in Thames and good to see Jon and Mary settled in their new home. I will miss the old Cheese factory I have fond memories of visits there.

Like the wreck of a train or the ghost of a heartbeat -saying goodbye seems so final. There is no escaping ones past. It returns to you when you least expect it like a surprise you don’t want. Pain is so much more than just feelings-it’s an experience. If you look closely you can see the little granules of knowledge begging to be understood and memorised for the future and after the rain – the sun always shines.

Then called into Miranda  the evening light and tide It was cold and bleak but the huge landscape as ever was worth the extra layer or two of clothes. As the sun went down................ 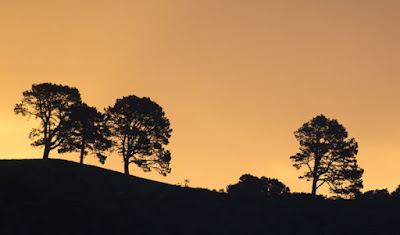 Today we celebrated a last North Shore 'Bush Walk and Talk' (BWT) with Margi. A walk in Eskdale Reserve.  It ends a 12 year reign, fun walks in the North Shore reserves and a popular Summer programme including our last summer trips to Browns Island and Tongariro.

I joined in 2008 and was keen to learn from Margi about our native bush. This allowed me to access a photographic treasure trove of bush subjects. I have not looked back and also gained a good friend.. 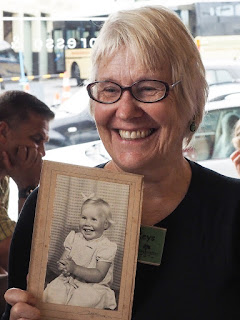 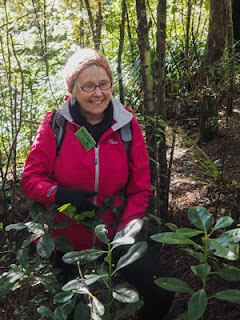 Margi is moving on, moving 'down country'. However this is not the last we will see of Margi as further Tongariro trips are already planned and I look forward to catching up with  her in her new habitat.
Posted by Philip at 4:28 PM 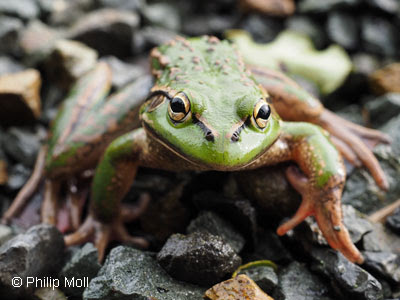 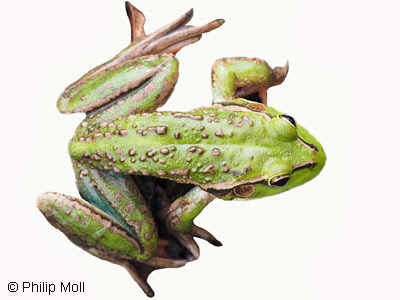 Eliane stopped the car exclaiming that she knew I liked to photograph frogs and so we got out of the car for a closer look. It moved towards the centre white line and then a large lorry came thundering along as the diminutive frog reached the centre line. Then another hop and another car and that was too close so we helped it decide to get to the edge of the road. It's a Golden Bell frog, an import many years ago from Australia and now they are doing better in NZ than in their actual homeland.
Posted by Philip at 5:06 PM 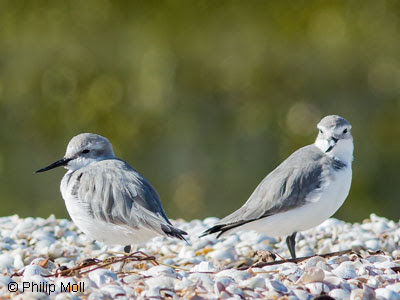 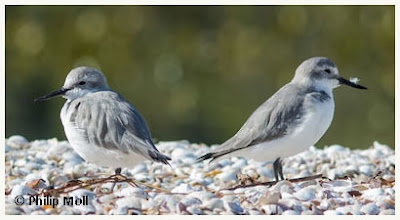 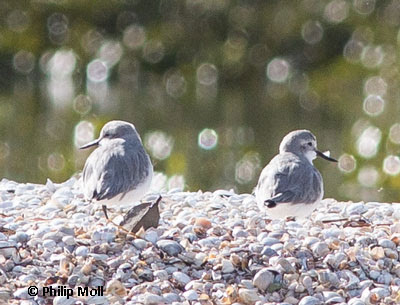