Good to catch up with people on Motuora Island and meet some new faces. A good productive day on helping with track maintenance with also with time to explore. As usual I headed to the Southern end of the Island to check out the butterflies but today only a quick glimpse of a long-tailed blue. No 'coppers'


It was interesting to chat to Stefan from Agri Research and Silvan from France. Silvan  has recently visited  the Chatham Isles and spent time on Rangatira Island meeting up with an  acquaintance of mine,Tansy Bliss,who is the Biodiversity Ranger. Before that he had also been to one of my favourites, Hauturu (little Barrier Island)  and Raoul Island the largest of the Kermadecs an Island I would also love to visit. 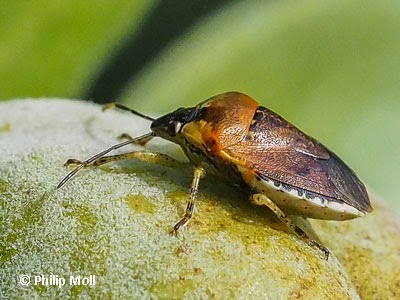 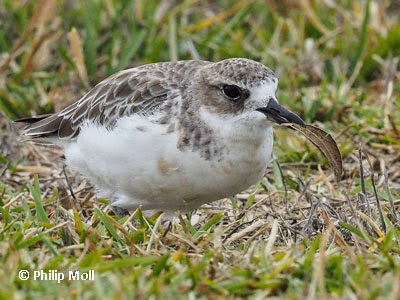 Auckland is a fascinating area for its volcanic history and features surrounding the city and today was a chance to visit the Grotto at Onehunga. Its thought that this feature was caused by a volcanic collapse over flowing larva. 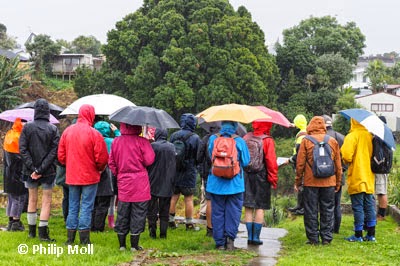 ﻿ Maybe not the best day to visit because as soon as we assembled to hear Tim explain the site the heavens opened and we stood listening in a downpour. A good turn out though as usual and good to catch up with people. We were soon heading into what was once a pond and wetland but today was dry underfoot from the summer drought. Then we explored botanising the surrounding bush, clambering up the muddy sides  of the pit which was a privet forest. Mike spotted a maidenhair fern. 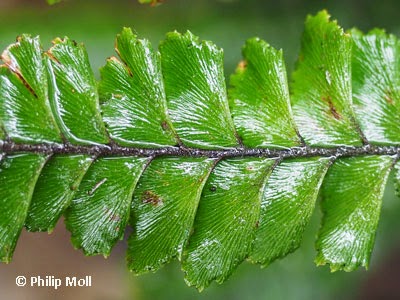 The rain stopped until we came out then a torrential down pour. A quick lunch in the car and on to our second destination Anne's bay and a walk along the mangrove lined foreshore with weed and pest plants galore but also Muehlenbeckia and a native geranium and Mike showed us sea grass as the tide was now receding. Then spoonbill were spotted sifted the water of the estuary and a total of six were seen which was great climax to the day. 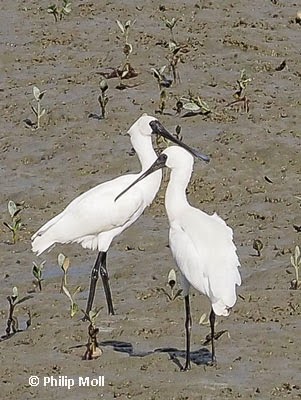 I have wanted to get to this volcanic Island for a long time having sailed past it many times on my way to and from other Islands in the Gulf particularly Motuihe Island. Today was my chance with a group of 30 organised by Margi with brother  Harry Keys who is a DOC volcanologist that led our walk in January at Tongariro.

Bird Island - in the Kaipara.

Bird Island today.  I tagged along with a friend for a high tide bird roost count.  The weather was fine with no wind  so an easy paddle across before high tide. A few traps were checked before arriving at the Northern tip to set up the scope and start counting. At least 2000 South Island pied oystercatchers was a good start. And godwit, white-fronted and Caspian tern. Just one variable oystercatcher(VOC)

When the  three sites were counted we than checked and re-baited  the trap lines that   protect the Forest and Bird created  fairy tern site on the Island.

Six tons of shell were helicoptered in a while back in the hope of giving our very rare fairy tern another site to nest at. The East coast sites are under pressure and this site is on an Island with the potential of little disturbance. 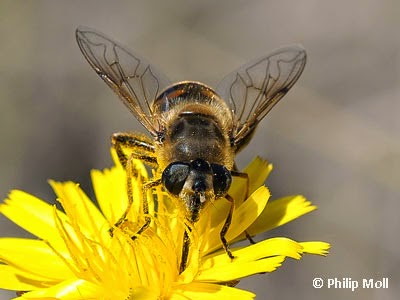