I wanted to see the Thombolites at Clifton Lake on the way to the Margaret River and here we are on the boardwalk leading out over these 2000 year old living fossils. To most peoples  amusement  They are on my 'bucket list'  The spiders in the reeds were fascinating too. 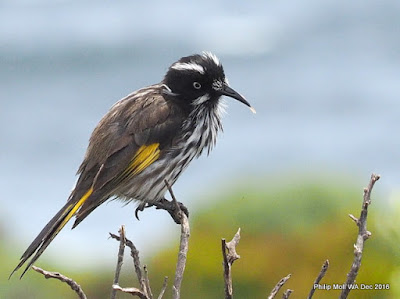 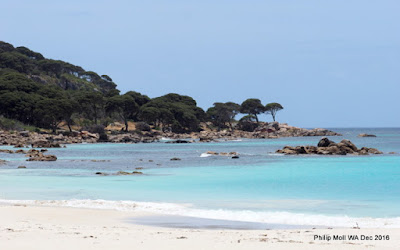 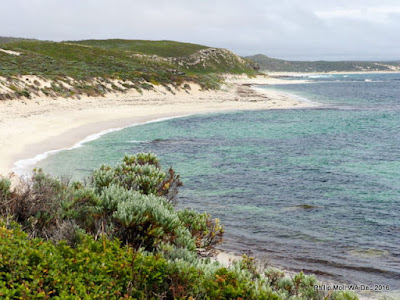 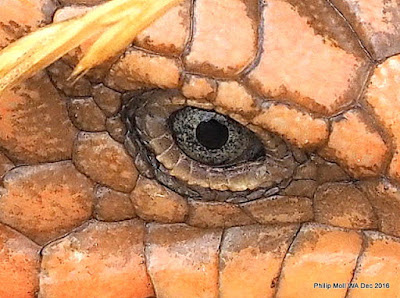 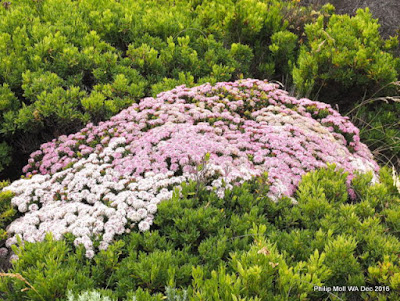 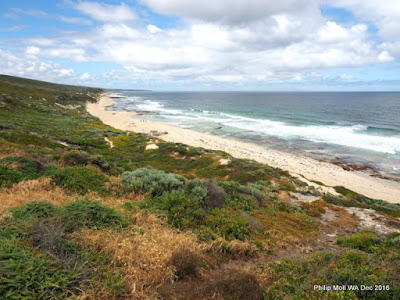 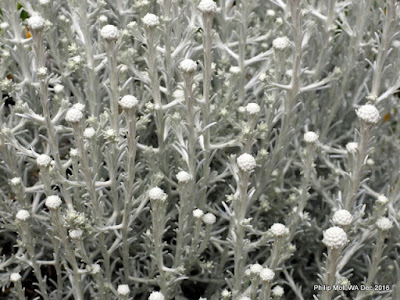 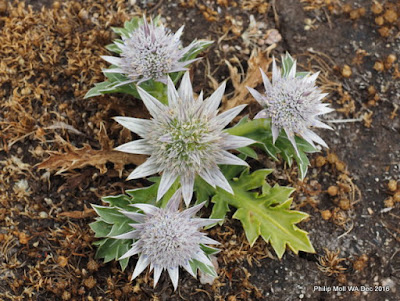 Tuesday 6th December Ellenbrook Homestead
This is a quite beautiful place and I will return on another visit. The homestead set by a shaded stream has an interesting history and the grounds are said to be good for orchids in the right season.
I settle for watching a spider wasp dragging a huge spider that was still alive. Just paralysed by a powerful sting. 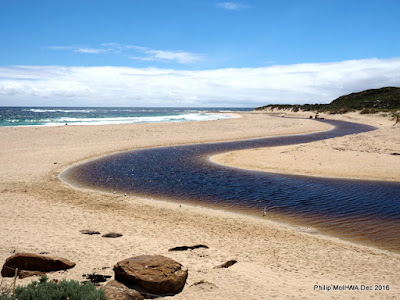 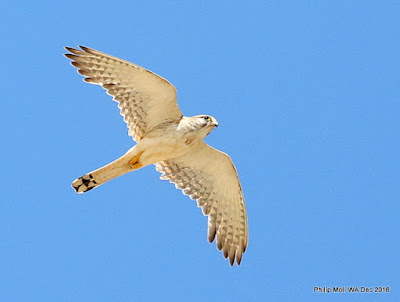 Wenesday 7th December  The Ludlow Tuart Forest and Peppermint Beach
This forest is the rarest forest in the world with Tuart trees only found naturally in this region. Many species rely on this special habitat for their survival.

Explanation. In New Zealand we have approximately 44 Fairy Tern with perhaps maybe 9 breeding pairs this season. The population is one of most threatened bird species in NZ.
The Australian Fairy Tern are in far greater numbers but are also declining mainly due to increased pressure from people as is the case in NZ. Other risks are predation and nesting sites being washed out by high tides. They arrive at their WA nest sites towards the end of November. I was fortunate to be in WA in January earlier this year so that was just perfect timing to see chicks.

Now in November I plan to be there early to welcome them in. Leaving Auckland airport on Sunday I was keen to get to the site as soon as possible.


Monday Nov 14th
An evening visit- Decoys are in place and a lone Fairy tern with its familiar call flies over the nesting site heading North up the Perth Coast. I have now seen my first and maybe the first FT to suss out the site for the 2016/2017 season. Hopefully the fairy tern will choose to nest here again this season. On my last visit in January 2016 the site was full of chicks and adult birds chaotically catching fish and feeding their young. 37degrees today.

Tuesday Nov 15th
Bibra Lakes to see the wetland areas. Found the Cockburn wetland centre. Photographed an owl sitting quietly in a eucalyptus tree. Many dragonfly and damsel fly around the lake margin. I settled for the North lake as it was very peaceful with shady areas and a warm breeze. 35 degrees today.
In the afternoon I was back to the Fairy tern site at 4.30pm. At 5pm three FT flew over then a fourth then all five circled erratically. One bird landed next to a decoy then took off. I moved to the other end of the site and two FT landed next to a another decoy. One had a fish. The  male was offering the fish to both birds the decoy, and the FT. The fish was finally accepted and then the male proudly strutted around in front of them. 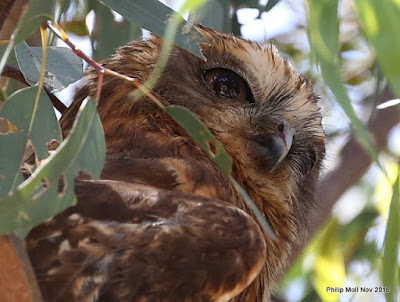 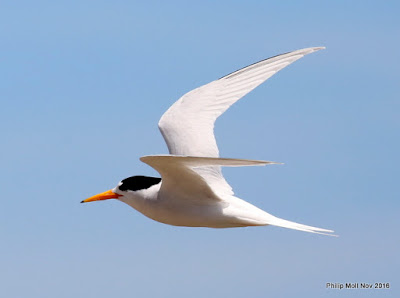 Wednesday Nov 16th
I estimate that at least forty FT's have arrived at the site on todays visit at 3pm and there is frantic activity with courtship and mating observed. I seemed to have timed my visit perfectly. The Fairy tern would take off sometime in threes chasing into the sky. At times there were many birds above. Male birds returning with fish would then pursue females and some females would position for mating. Some males did not seem to understand this process and would just hang on to their fish proudly strutting too and fro.
In the morning I was soaked as I tried to photograph wild flowers at the Wireless Hill reserve. Then later in the afternoon I was soaked again at the causeway after watching the FT's as I tried to photograph a bird of prey hovering above. An Eastern Osprey. These birds are fish eaters so shouldn't trouble the Fairy Terns.

Thursday Nov17th
Swan River walk and my first sighting today of a rainbow bee eater, a very colourful bird. Then later 1.30pm to the FT site with lots of activity and the FT chasing away gulls that persistently want to land on the site. Then back to Wireless reserve with a few wildflowers left from the season but lots of bird activity and a few more species to investigate including the white-cheeked honeyeater. More sightings of rainbow bee eaters catching winged insects and devouring them while perched on convenient branches.

Friday Nov 18th
What a difference a week can make. After exploring nearby Freo in the morning and stopping for lunch at my favourite Studio 37 gallery in an old warehouse, I am back to the FTs in the afternoon between 3.30-4.30pm and now there are between 100-200 birds. At one point they filled the sky overhead as something spooked them and they all took off. This certainly wasn't my presence as I try and keep well back. Several helicopters passed by rather too close I thought. It seems  that  my visit is perfectly timed for their arrival at this site.

Sunday Nov 20th
A morning visit to the birds and photographed a mating sequence. Also an  afternoon visit  with slightly fewer birds. A quick count reached 76 and less activity but there are at least 20+ birds spilled over onto the other side of the road which is not officially designated as safe Fairy Tern territory. This area may be required for building in the future. 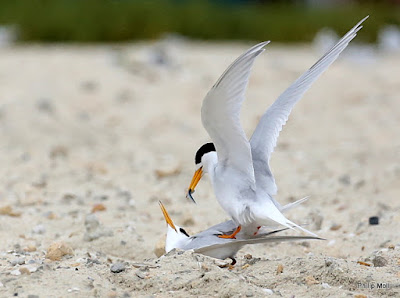 Monday Nov 21st
Fairy Terns first thing. Not so many this morning. A chicken sounding alarm call from several birds hovering above and then chasing away a gull on the nesting site. A pair of Osprey circling high above. Then to Perry Lakes after mid-day so too late to visit the Bird life Aus centre. White necked heron stalking prey and  Spoonbill, Ibis and other birds that  need identification seen on the lake.

Tuesday Nov 22nd - Birdlife Evening walk.
Morning visit to the Birdlife Aus centre near the Perry Lakes and lots of useful information from the lady at the desk including details of a walk this evening around the Pelican Point reserve. This I later attended and met Murray and Kathy and a group of keen birders. I really enjoyed being introduced to some new birds at this wetland on the edge of the River Swan. It was a windy evening so not so many birds settled on the sandy beach but quite a few red capped plovers and also a few red-necked stint which is a bird that also frequents my home patch of Shoal bay near Auckland although I'm not so sure that I have seen one there yet. Will have to check through photos. Also a mystery bird that looked rather like a Common  sandpiper but Murray was not quite convinced. 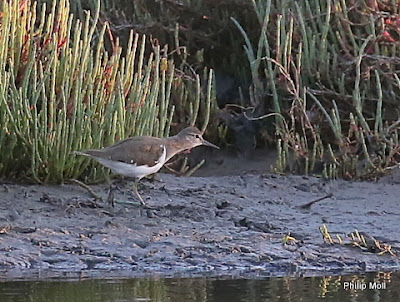 Thursday Nov 24th - Bold park Wild flower Centre
Visited the Bold Park Wildflower Centre to pick up some info about the wildflowers in the Margaret River area. Its late in the season but I hope to see some. Interesting walk in this amazing park. 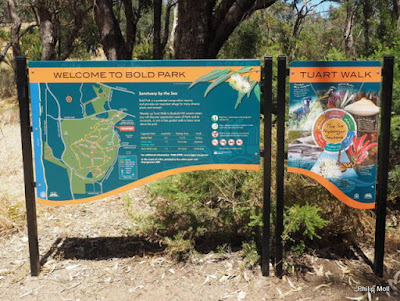 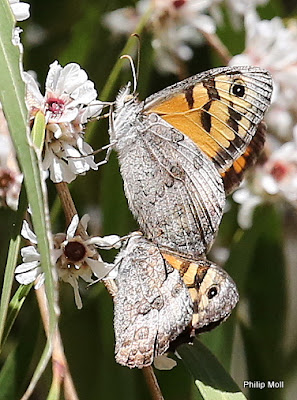 Friday Nov 25th Kings Park and Point Walter Sandspit
First to Kings Park which is an amazing park full of colour even though it's late in the wild flower season and photographed this red wattle bird feeding. 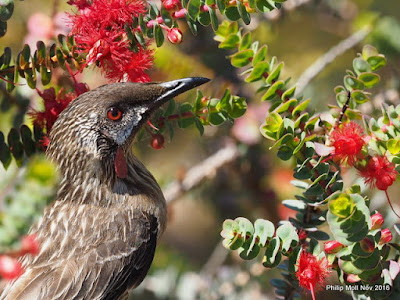 The tide was coming in at Point Walter but during a short late afternoon walk on this sand spit I soon heard Fairy Tern flying above then diving for fish. I say diving because they do drop from a height after hovering but I am still trying to get photographic proof that they actually become fully submerged. The action happens incredibly fast as does most Fairy Tern activity for a very small bird.
The Fairy Tern would then fly to the far end of the spit with their catch to nesting sites protected by a temporary taped fence.

An Australian Pied Oystercatcher was digging away in the sand for prey and a small group of  red-necked stint and red-capped plovers were seen on the sand spit too.


Monday 29th November - Rottnest Island
Its good to be back on Rottnest Island and today I wanted to see the Osprey and other fairy Tern locations. Catching the bus to the far end of the Island to first visit the West End to see the Osprey stack nests but no Osprey on this occasion. However the sound of Fairy Tern flying above was soon heard above the wild seas of Cape Vlamingh.
Then a walk to see the NZ fur seals relaxing below the lookout platform. 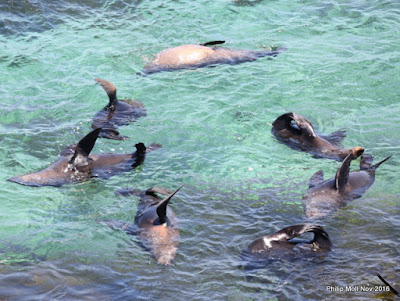 Time for a picnic lunch at a new favourite secluded bay and sure enough an Osprey stack nest and Osprey carrying hug fish just caught in the Indian Ocean.

Back to Thomsons Bay and time for a walk back to the Causeway one of my all time  favourite places, so quiet and relaxing except for the interesting birds including, Turnstone, Banded stilts, red necked stints,and on the little islet set aside for Fairy Tern but now totally taken over by Crested tern and their young.


Tuesday 30th November  Birdlife Evening walk
Another evening walk with Murray, Kathy, John, Bev, Tim, Sue and Jen around the Pelican point Nature reserve. Great to see all the Shelduck chicks and the Pacific Black duck, two sets of seven and the black duck this evening.