It was a hot summers day and the coast was quiet but suddenly we were aware of a juvenile oystercatcher being bullied by another bird. We intervened and hoped the young VOC would recover, it seemed that it couldn't yet fly and its parents had gone. 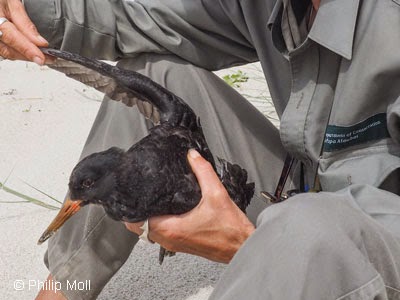 Later we watched  7 Fairy Tern below the forest beach that last Monday was just sand blown with wave driven surges of sea water into the river. Last week it was too dangerous to cross but today was fine. The terns were a mix of adult and juvenile but they did not appear to be laying down nests or eggs or fishing today but just preening themselves looking diminutive alongside three white-fronted terns.

Before dusk we had dinner on the little deck overlooking the  stream and a fern bird flitted from muehlenbeckia to muehlenbeckia bush. The sunset was vivid red and so we went for a walk through the dunes to the beach for high tide. The sand-dunes and sand plants were tinged with a pink/ orange glow and looked beautiful.

We returned to the cottage and then in the darkness I wrapped myself in small solar fairly lights and surprised my friend with my arms outstretched by switching them on and saying "I'm all lit up like a Christmas tree - Merry Christmas". She cracked up laughing and asked where my power pack was. I proclaimed that I had gone Solar!  The flashing lights are now decorating a flax bush

A fun day to follow  a fun year as we toasted the many days out and adventures that we had shared during 2014.

Wishing you all a really Happy Christmas