With predicted high winds and the kayaks loaded up on the car we had the option to avoid the kaipara West coast and head East instead. However we thought the winds were manageable but when we arrived at the coast they were higher than anticipated.

We were committed now and it was a struggle to get to the our normal landing place on the island. Instead we washed up on a deep pooled muddy stretch of mangrove. The tide was going down so we left the kayaks tied up to the mangroves  and carried on with the days tasks of monitoring traps and bait stations. 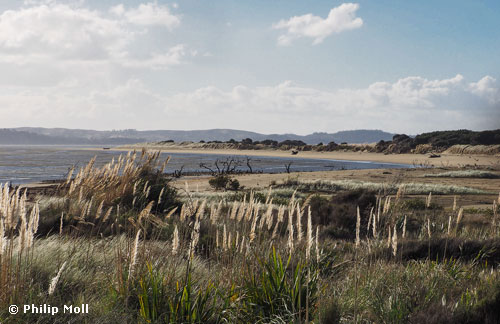 Later returning we realised that the receding tide had revealed very deep mud and so the only thing was to carry the kayaks around the mangrove and deep mud obstacle to our usual homeward launching place.. 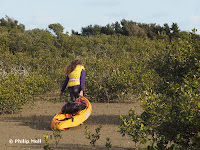 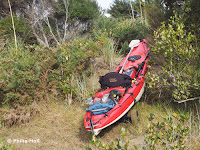 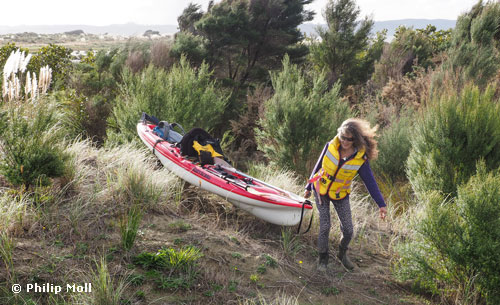