Northland - Close encounters with the Past

The last time I was in Kerikeri was with Bot Soc last year as a base for a look at  Moturoa Island.  This wonderful island is communally managed. A memorable time spent exploring the bush and watching morepork young at the invitation of CJ & Carol our excellent hosts.  Updated 14.04.2018

Heading to Northland but first a diversion off the main Highway to explore the Matuari Bay loop re-visiting some delightful coastal beaches including Matauri Bay, Te Ngaere Bay and  Tauranga Bay to watch a large gathering of white fronted tern and dotterel and pied stilt. I camped at Matauri Bay a few years ago almost front row to the beach and it was good fun.

Today heading to Coopers Bay to stay a while then on to explore the Karekare peninsular including Matai bay.

Fri 9th March
From Cable bay to Taipa and a great find Ramp road with a self containment camping site right on Tokerau beach. It would be good to return here to explore the Aurere stream.  Rotopokaka dune lake nearby also known as Coco Cola lake due to its colour.
Then stopped at Waiporohita lake to watch birds. Counted many Canada geese and Great Cormorant (Black Shags) drying out on a row of posts. It's a small  lake at the junction to Rangiputu and Puheke beach road or North to Matai Bay.. 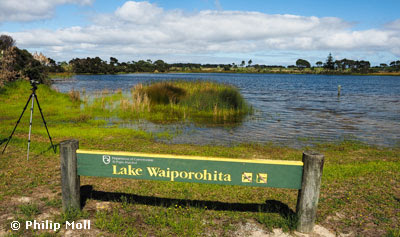 After counting the birds at the lake then headed on to the beautiful Puwheke beach with amazing white sand for a walk and thought what a stunning spot this is below the nearby Puwheke mountain that appears to separate and seclude Karekare beach to the North.

Backtracked to explore a couple of roads leading to small coastal subdivisions and headed on North to  Matai Bay for a few swims followed by lunch on the beach which was most welcome.
Returned South to the Gumdiggers DOC Reserve of Ohio lake. I had noticed this on the way up before the turning to Ramp Rd and beach. 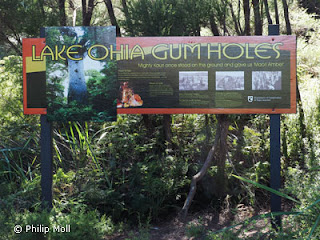 Sat 10th March
Today in Mangonui topping up with food with the lure of  free internet at the iSite centre but it didn't open. A café provided a short burst of internet once they had reset their router at the request of irate travellers keen to update their social media. I uploaded this while enjoying a coffee on a showery morning.

Then off to Taupo Bay to explore. Annoying to see dogs chasing dotterels on this beach. Later to Hihi bay which has an extensive forest at its far end and a flock of roosting white-fronted terns. 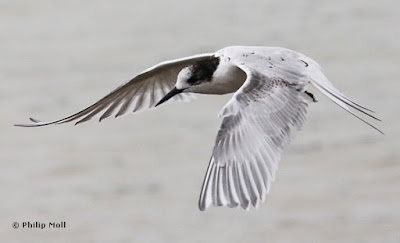 In the afternoon I drove back to just North of Taipa to explore Aurere Beach Road South of the Aurere stream but with Maori settlements near the coast and cars blocking the road It didn't seem such a welcoming place and I had to give up.
Set out for Awanui and explored a road leading to an inlet with a wharf, some interesting unusual old boats and a large shed with white protective suited men milling around. Maybe it's full of asbestos.  I had the tide wrong arriving mid-afternoon so no birds to be seen at this inlet to the Ranganui harbour. Returned to Taipa to count 50 SIPOS and a handful of VOCs.

Sund 11th March
With the approaching cyclone Hola today was spent exploring the two Pa sites at either end of Coopers beach. The Southern end Rangikapiti Pa I remembered climbing some years ago. There are great views over Mangonui harbour and North to the Northern Pa sites of Coopers beach. Spotted the native Coastal morning glory (Pouwhiwhi) growing over a hedge and fence nearby. 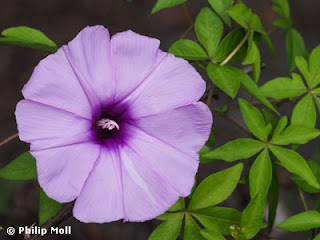 Taumarumaru Reserve a DOC reserve at the Northern end of Coopers beach has three Pa sites and was great to explore as its an extensive area with beach access for a swim or two to cool off. A huge amount of problem weed plants here including woolly nightshade.

Then back to Taipa again to count 243 white fronted Terns and 25 godwit at the river mouth.

Mond 12th March
Heading South to stay at the Tutukaka coast at a fantastic headland location near the Lighthouse above Tutukaka. After venturing out to the harbour in the evening for food it was good to be in a strong building as the wind and rain from cyclone Hola was now battering the headland and the sea was just wild crashing onto the rocks below.

Tuesday 13th March
What a difference a day makes. Watching the sunrise over a calm sea first light it was a new day and so just had to backtrack to Matapouri Bay for a beach and estuary walk. This is still one of my favourite coastline areas. Then stopped as usual at Ngungaru to check out birds on the estuary. 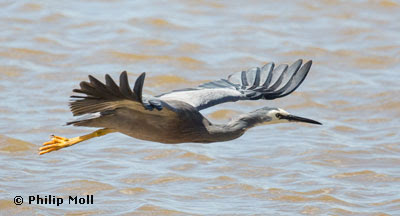 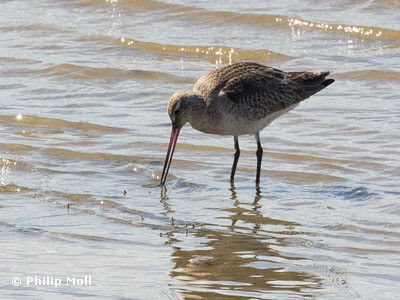 On the road again to Waipu Cove and the beautiful Langs white sand beach.

Summary
A  successful foray into Northland again. I remembered that in the early 1990's when I first ventured to Matauri Bay I thought it was just the place to throw away my watch as it seemed that time didn't matter in these places. Just the sunrise and sunset and a few hours in between. Now the road is tar- sealed and it looks like a sub-division has been laid out on the hills above the beach.

Travelling further North I still had that timeless feeling and will return soon if only to carefully check out the many large flocks of roosting white fronted terns on the many beaches I walked checking for  any vagrant terns sheltering around their edges. Will also walk South from Ramp Road to the Aurere stream and check out other inlets of the Ranganui harbour. And of course maybe just throw away my watch!
Posted by Philip at 8:10 AM
Newer Post Older Post Home