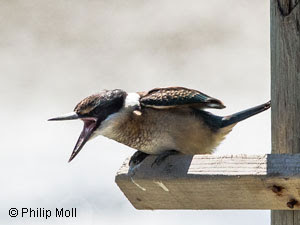 I watched this kingfisher for sometime as it skillfully hunted for crabs from this boat jetty at low tide on the Puhoi river.
When it flew back to its perch with its catch it would furiously smash the crabs on the hard surface of the rails to stun them before it was satisfied that it could swallow it whole. It appeared today that the kingfishers  preferred being on the shady side of posts or rails.
At times it became quite feisty as other birds approached. 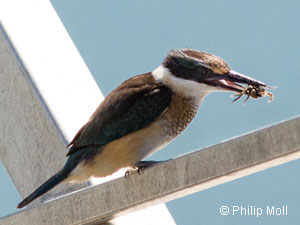