Mataia Homestead on the Kaipara 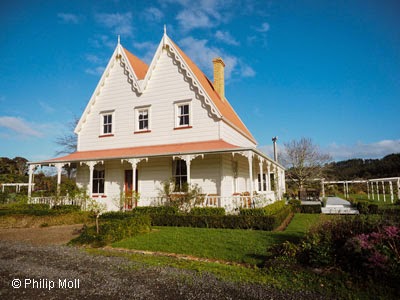 It was a year ago during May 2013 that Eliane and I were at the launch of Nature Space at the 'Cloud' on Auckland's waterfront. The lovely people from the Mataia homestead, Gill and Kevin were speaking about their decision and the process of managing  the Mataia farm  estate towards an ecological estate to increase the biodiversity  so attracting native species.

Eliane had been involved in some work on the land at the  edge of the Kaipara so it was an interesting talk for both of us. 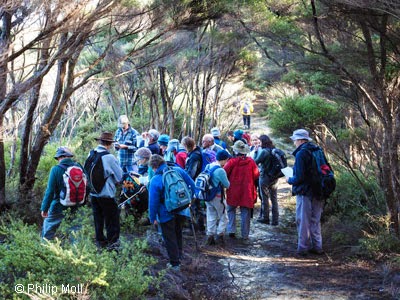 It was a great evening celebrating my May birthday with the hilarious  bow- tie gift incident from Eliane and Sally from  Mid-North, Forest and Bird .  The  story is too long  to recount here but it left both Eliane and I in fits of laughter.

Last weekend Mataia Estate and homestead was featured on Country calendar with kiwi birds released that were trans located from  Motuora island. 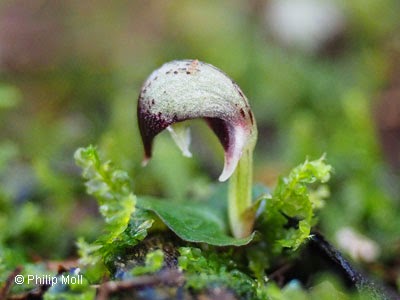 Today we visiting the Mataia homestead with Bot Soc .  Its great to see so many familiar faces including Margi and Richard from Forest & Bird and Neil and Joe too. Jill had made fresh scones for us and with a cup of tea and gave an introduction to our day with maps and aerial photos.


We are soon heading off in a convoy of cars to the start of our walk at the sand quarry. Soon we were walking through bush with interesting species including this rarely seen Corybas orchid. 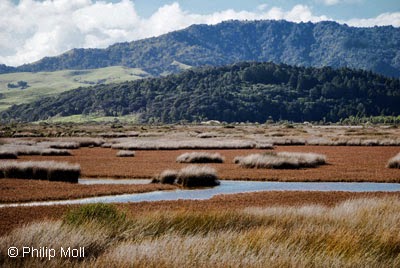 The walk took us through Kanuka and Manuka bush and then along the edge of the kaipara harbour. Gill was resetting the Timms traps with apple  to attract possum and all traps were set about 700cm high to prevent inquisitive Kiwi getting accidentally caught.  Stopping at the side of the coastal track we heard the illusive fernbirds in the Meuhlenbeckia.


We navigated our way back to the homestead across fields. The walk now over, then a drive via the back roads in the now drizzling rain from the West coast to the East coast to spend the evening with Eliane. To catch up on the finer points of such things as  GPS tracking, and her  fish survey  then  finishing of the day with an Indian meal.  Perfect Day!